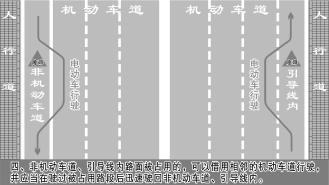 According to statistics, in the rectification operation yesterday, a total of 178 electric bicycle traffic violations were investigated, 178 illegal vehicles were seized, 154 non-motor vehicles were driving in motorized lanes, 170 were reversed, and 7 were illegal.

With the special rectification of electric vehicles in Haikou City, many citizens are able to follow traffic regulations and drive safely during daytime driving. However, in the evening, especially when fewer vehicles were on the road, they took the vehicle to the motor vehicle lane and occupied the motorized lanes. There were also numerous irregularities such as retrograde, overloaded, and red lights. 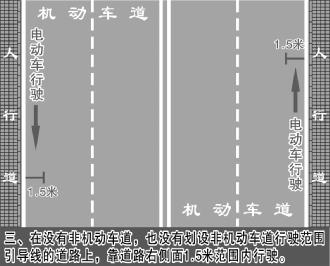 The citizen Mr. Wang lives near Chinatown on Longkun South Road. The work place is located near a supermarket on Hongchenghu Road, Haikou City. Every day, he rides an electric car and goes to work along the Hongchenghu Road via the Longkunnan Grand Wheel. Although in the past, he often "ransoms" on this section of the road, running red lights, retrograde, and occupying the road. As long as he is able to fast, he will not care about anything. But now Mr. Wang told reporters that since the traffic police began to rectify electric cars, he has never violated this section of the road. â€œThere are many vehicles and pedestrians passing through Longkun South Grand Carousel. No matter whether they are driving illegally or not, it is not good for them or for others.â€ Unlike people who rushed through the red light and occupied the road, they are now even Mr. Wang. Late to work, I still insist on driving according to traffic rules. Mr. Wang is very supportive of the rectification of electric bicycles. He said that â€œpenalty is a trivial matter and public safety is a major issue.â€

But at night, the situation completely changed. â€œThere were fewer cars at night and no traffic police checks.â€ So Mr. Wang began to drive at night regardless of his disregard. What is even more surprising is that there are still many people like Mr. Wang. Mr. Wang said that because he was late for work, not only did he speed up in the motorized lane on the road, but many people also did so. The reporter found that because of the luxuriant trees on the roadside of Hongchenghu Road, the lights of the streetlights were all blocked at night. The citizens in the motorized lanes may be due to the brighter street lights in the motorized lanes and the better line of sight. 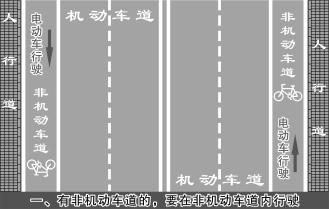 The traffic police reminded the public that although there are fewer road vehicles at night, it is more dangerous to enter the motorized vehicle. For everyone's own safety, everyone should abide by traffic rules and drive safely. The lights of non-motorized street lights are blocked by trees and the night lights on the cars should be turned on.