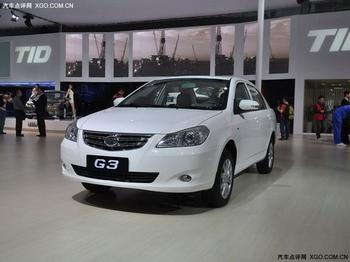 Remote control driving technology, DM II generation technology, two-way inverter charge and discharge, these three items are BYD's world-class technology. Although it was shown at the Beijing auto show in April this year, it did not cause much concern. With the rapid market launch, remote control driving technology has been applied to BYD models. According to Li Yunfei, assistant to general manager of BYD Auto Sales, two other technologies, DM II generation technology and two-way inverter charging and discharging technology will be carried on BYD electric vehicles next year.

At the end of August this year, BYD was listed on Speedy, and driverless technology within 10 meters added a lot of impressions. Judging from the index of easy cars, the sales volume of Speedrule has gradually increased since September and exceeded 10,000 units in November, exceeding the expected target.

"These new technologies released are not gimmicks," said Li Yunfei. "They will all be applied to BYD models. The DM II generation technology will be carried on the electric car 'Qin' next year, and bidirectional inverter charging and discharging technology will also be available in the future." Use on electric vehicles."

The BYD electric vehicle "Qin", which will be listed next year, uses a high-voltage, high-torque, high-tech DMII generation system, and has a greater improvement in efficiency, power, and energy saving than the DM I generation. Kilometer acceleration was only 6.9 seconds. The comprehensive use cost of 100 kilometers was 16 yuan, which was only equivalent to the price of 2 liters of oil and the use cost was reduced.

Electric vehicles on the general market mainly use DC charging, and BYD's bi-directional inverter charging and discharging technology can realize bidirectional flow of energy together with the national smart grid. At present, BYD's electric vehicles in Hong Kong, London, and Tianjin have adopted AC charging. Through software innovation, the controller converts AC power into DC power and charges the battery. The controller on the electric vehicle becomes a charger with two-way power. Charging function.

Li Yunfei said, "BYD will also release more leading new technologies next year. The iron battery technology is only the tip of the iceberg. The application of new technologies will boost BYD's second takeoff."