What makes Fast to take the lead in picking up the market? According to Fastener Chairman and General Manager Li Dakai, just as the company's English name â€œFastâ€ expresses, Fast's â€œfastâ€ word is to grasp market opportunities in a forward-looking manner, and firmly advances. Innovation.

In order to get out of the predicament, Shaanxi Dental began to negotiate a joint venture with Eaton Corporation of the United States. Li Dakai clearly remembered that the requirements put forward by the foreign parties were very demanding and that there were only 400 employees in the more than 3,000 employees in Shaanxi Dental. The negotiations broke down. In 1998, Eaton turned to a wholly-owned factory in Pudong, Shanghai, and said that their products have high technological content and no wholly-owned factories.

The provocations of the foreign side and the people of Shaanxi have come back. They developed a 7-speed transmission and added a synchronizer according to the actual conditions of China's roads and freight overload, greatly improving the product's transmission efficiency and range of adaptation, and relying on the market's accumulated reputation to gradually open large-scale such as FAW and Dongfeng. Business market. By 2002, Fast sold more than 50,000 units of heavy-duty vehicle transmissions, and Eatonâ€™s sole-venture factory in Shanghai lost for five consecutive years and had to take the initiative to find Fast to discuss joint ventures.

In the newly formed joint venture, foreign companies still implement a strict technical blockade and attempt to control the right to sell. They hope that Fast will abandon research and development of gearboxes and become a supplier of gear parts.

However, in the years after the joint venture, Fast not only did not stop R&D, but instead invested heavily to increase R&D efforts. It has launched the 10-, 12-, and 16-speed transmission projects and caught up with the domestic market after 2006. Heavy-duty truck market has the opportunity of rapid growth, and the production and sales of heavy-duty transmissions have leapt to the top in the world. In the past 10 years, the company's annual gross industrial output value and sales revenue have grown from less than 100 million yuan to more than 6 billion yuan; exports have increased from more than 2 million US dollars to more than 50 million US dollars, an increase of nearly 25 times.

"The joint venture cannot be replaced by core technologies." Li Dakai told reporters with emotion that if the Chinese side had a slight pause in independent research and development after the joint venture, there would be no bright future for Fast.

Build an R&D system to take the lead

In Xi'an in June, the sun was hot. However, in the 54,000-square-meter machine shop of the Fast Group Co., Ltd. in the High-tech Zone, it was only a small amount of coolness. There is no deafening roar, no pungent smoke, and the eyes are lined with rows of closed automation lines. The huge workshops are spotless like high-tech companies.

In the view of Li Dakai, who is a R&D professional, it is necessary to reduce the technological gap with multinational companies and must be willing to invest in manufacturing technology and R&D. In recent years, Fast has invested more than 2 billion yuan in technical reform research and development. Combining enterprise restructuring, Fast has gradually built up a competitive R&D system and formed a highly-skilled R&D team. At present, the company has more than 400 R&D personnel, of whom more than 80 are masters or above.

Li Dakai said with deep feeling that the key reason for Fast's rapid development in recent years and its ability to quickly emerge from the shadow of the international financial crisis lies in its ability to actively adapt to the market and guide the market by accurately grasping the future trends of the market.

In 2007, Li Dakai aimed at the national requirements for energy conservation and environmental protection and improved fuel economy. New transmissions such as small 8-speed gears and small 8-speed gears were developed for buses, construction vehicles, and low-speed trucks. This year, after the above products were put on the market, monthly production and sales soon surpassed 10,000 units, becoming a new growth point for companies to go against the market.

Nowadays, at Fast's Xi'an Hi-tech Plant, a test center with an investment of 600 million yuan, a 33,000-square-meter machining center, a 19,000-square-meter R&D center, and more than 40 advanced test benches is under construction. Fast is accumulating power for the next round of market growth.

SF factory is focus on quality and company's image. We win market with good quality and service. The company has already passed International Quality Management System ISO9001:2008 certification for many years and also got the CE certificate, smoothly got the title of High and New Tech Enterprises.

Shandong SF CNC Machinery Co., Ltd. is a grand manufacturer of Transmission tower machines in china. With 23 years` experience in this line, we are committed to producing only the finest products to our customers.

In 2019, we appointed Jinan JUFU International Co.,ltd to specially export our machines to abroad markets. And now we have a special engineer team for oversea market, and we are able to offer customer timely service. 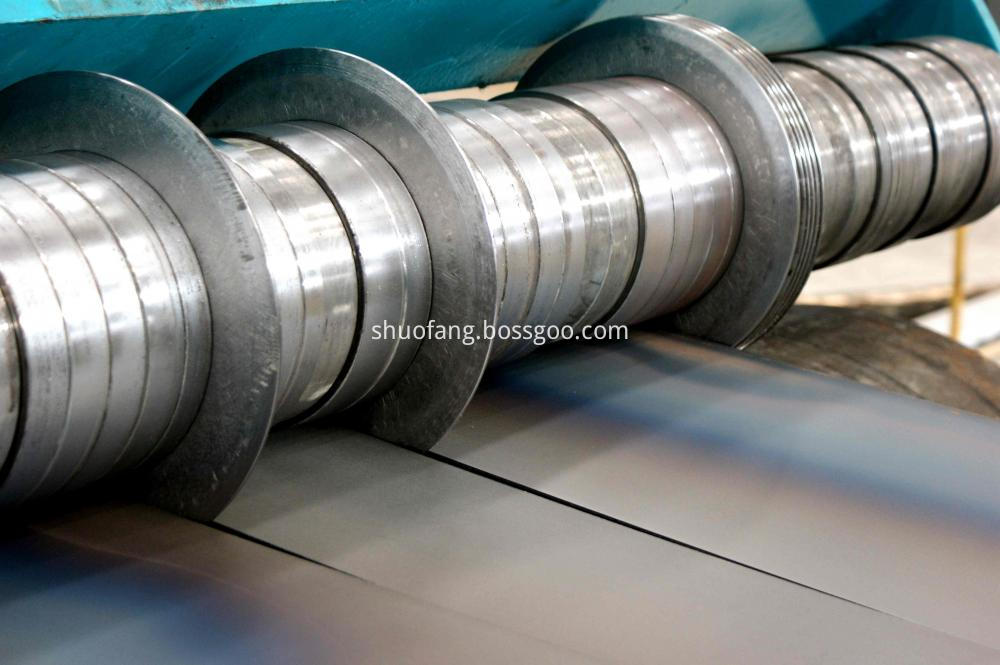