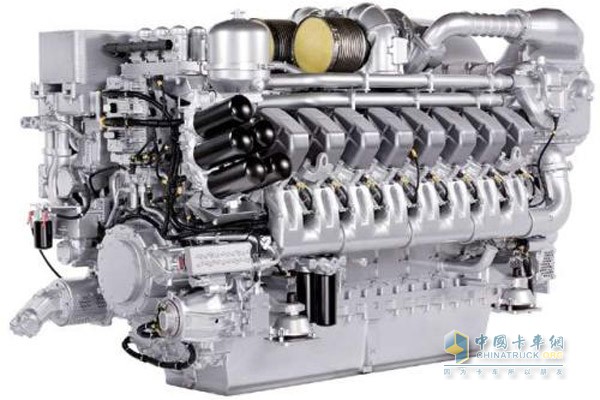 In 2016, Weichai Power stopped falling and recovered, returning to the top three for diesel engine sales. In 2017, Weichai Power took hold of the sales of blowouts in the heavy-duty vehicle market. With its advantage in heavy-duty vehicles, Weichai Power won the championship in one fell swoop. In 2017, sales of Weichai truck power products exceeded 420,000 units. Weichai WP9H, WP10H and other new generation diesel engines are particularly prominent and will be the key promotion products for Weichai in 2018.

In 2017, Yuchai 's performance was also remarkable. Among the top 10 diesel engine companies, the largest increase occurred. In 2017, Yuchai's truck power sales increased by 28.9% year-on-year, and the trend of high-end and high-powered truck engines has grown. At the beginning of 2018, Yuchai released 14 models of the National Sixth Engine and took the lead in deciding to implement the National Sixth. It will also take Yuchai to the high-end and realize important opportunities for transformation and upgrading.

In 2017, Yunnei Power closely followed the market demand and led diesel engine energy-saving and emission reduction technology upgrades. Yunnei Power carried out research and development and market layout of SVIVI products in advance, and through the benchmarking of first-class products, it has formed a three-platform of intelligent, light-weighted, platform-based and standardized DEV series. At the same time, Yunnei Dynamics adjusted the product structure according to market demand and increased the product lineage. There were corresponding products from 0.9 to 6.7L. At the same time, Yunnei also achieved phase performance in the development of hybrid and automatic transmission assembly applications.

In 2017, Beiqi Foton ranked jumped from seventh to fourth, and achieved a positive growth of diesel engines for three consecutive years. The continuous growth of its diesel engine was mainly due to the growth of Foton Cummins engines and the advantages of Foton Motor's entire vehicle. In 2017, among them, Foton Cummins engines sold a total of 272,497 vehicles, an increase of 32.23% year-on-year; Aubell's engines sold 80,386 vehicles, a year-on-year decrease of 3.48%.

The increase in the sales volume of China FAW Diesel Engine was attributed to the release of FAW's Engine Division. In 2016, Xichai sold 300,000 engines throughout the year, an increase of 31% year-on-year. In 2017, FAW Liberation Engine Division continued to maintain its growth advantage, with sales volume growing 5.61% year-on-year, achieving sustained growth at a high base, and a year-on-year increase in sales profits of 63%. Among them, Aowei 6DM3 diesel engine performed exceptionally well. The cumulative sales volume for the year increased 1020% year-on-year, and helped FAW Liberation continue to expand its market share.

In 2016, Dongfeng Motor sold diesel engines to break through the 100,000 mark, achieving an increase of 7.49% year-on-year. In 2017, the sales volume of Dongfeng Automotive Diesel Engines continued to grow, breaking the 200,000 mark, and achieving double-digit growth year-on-year. Dongfeng Diesel Engine also mainly sells its internal products and is driven by the larger vehicles.

The surge in sales of CNHTC's diesel engines in 2017 was mainly due to the increase in vehicle sales. In 2017, CNHTC expects to sell 300,000 complete vehicles, an increase of 47% year-on-year. The sales of heavy trucks equipped with Mantech's engines increased by 97% year-on-year, accounting for 43% of China National Heavy Duty Truck's total domestic heavy truck sales. Mantech's products were widely recognized by users.

Great Wall Motor's sales of diesel engines in 2017 achieved double-digit growth, turning away from Huayuan Laidong and other engine companies, and entering diesel sales top10 in one fell swoop. Among the Great Wall's pickup trucks and SUVs, some of the products are diesel versions because the diesel engine is economical and explosive, and it is welcomed by the market.

As one of the most professional Titanium Foil manufacturers, suppliers and companies in China since 1990, we're featured by quality products and competitive price. Please rest assured to buy cost-efficient Titanium Foil in stock here from our factory. Contact us for more products for sale.